Once upon a time, a brother was on holidays with his sister and her husband when they came across a plant with a beautiful flower. The sister asked the brother what type of flower it was. As the brother didn't know, he took a photo of the flower with his mobile phone camera so he could do some further research on it when he got home.

Here is that original photo: 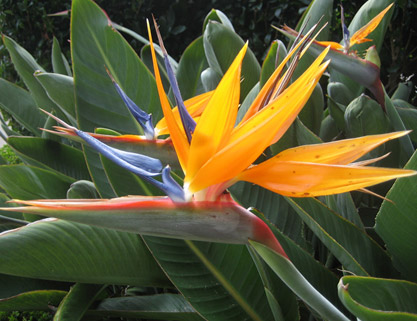 And here is that original plant on Google Maps: 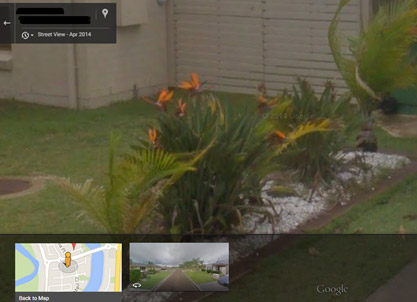 When the brother got home and uploaded the photo of the flower from his mobile phone onto his computer, he found that even Google Images couldn't help identify what type of flower it was. "How could we be in 2014 and not have the technology to help answer this question?", he thought.

Rather than dwell on this thought for too long, the brother decided he would create the solution himself. After conducting extensive research into object recognition technology, he searched the globe to form a team consisting of object recognition doctoral students, iPhone and Android app developers, and some amazing designers and creatives. And in only a few short months, this superstar team created the technology behind EyeSpy... a system that allows the user to take a photo of ANYTHING and it will tell you what that thing is... like the visual equivalent of Shazam...

The EyeSpy team hopes that EyeSpy will amaze you as much as it has amazed us. The technology is revolutionary, extremely accurate, and protected by a worldwide patent. 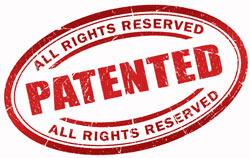 And in case you were wondering, the brother subsequently used EyeSpy to discover that the original flower - the flower which started the whole EyeSpy journey - was in fact a "Bird of Paradise Flower", otherwise known as a Strelitzia... 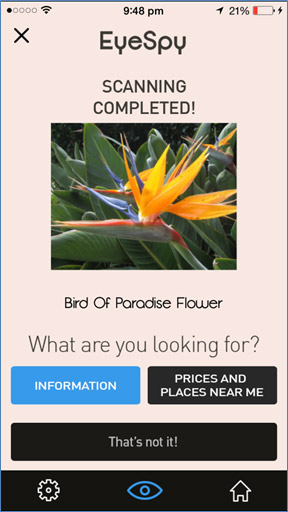 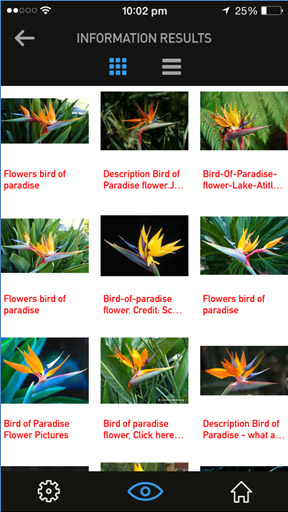 What makes EyeSpy different from the competition?

EyeSpy uses its patent-protected, object recognition technology to answer image queries and does not rely on 'human taggers' or mechanical turk to complete this process.

Why is this important? Because human taggers produce inconsistent results due to human error and are expensive to hire. EyeSpy, on the other hand, produces accurate and consistent results while being infinitely scalable at minimal cost.